Hope your long weekend was amazing!

I wanted to tell you an awesome thing that happened. On January 29 of this year my Mom and I were headed to LA to be on the ELLEN Show!

The show called my Dad here at work on January 28 (Monday). No one believed them when they said “This is Ellen from the Ellen DeGeneres Show”. (This was producer Ellen, not the REAL Ellen). They were looking for my Mom. After some convincing, my Dad finally called my mom and told her to call them back. Mom called them back at 5:00 on Monday. Mom and I were on a plane Tuesday morning at 11am headed out to LA.

Why did they want my Mom on the Ellen show?

We meet the sweetest woman at a 2010 Rotary Christmas party who did not sign up in time and had 4 young children at home who were not going to have a Christmas. Mom took their information and we went shopping! We wrapped the presents and took them over to Ry’Shonda when the kids were at school. We have done this every year since. These children are amazing because their mom is even more amazing! They deserve all the best in the world. Ry’Shonda wrote into Ellen about my mom. She said my Mom is her “Angel” and wanted Ellen to give her something. Well Ellen did that and gave Ry’Shonda even more!

We were only in LA for 2 days. We made the most of it! Stayed at the Roosevelt Hotel right on Hollywood Blvd! It was such a great experience!

Outside the Ellen Entrance 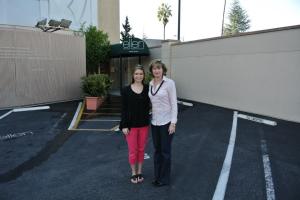 Ellen Chair (In a waiting room) 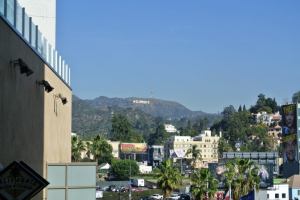 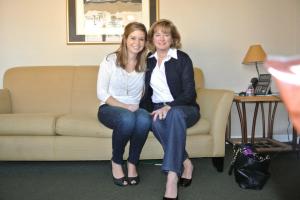 Waiting to head into the studio. Ry’Shonda didn’t know we were there so we were hidden

Watching them film on a backstage TV

PINKBERRY!! My main goal in LA was to get some Pinkberry.

Sunset over downtown LA from our Hotel Room

Watch what Ellen did for Ry’Shonda and her 4 children. AMAZING!

Be kind to one another 🙂